This past week was absolutely humongous in mobile identity, on par with the week of September 10th 2013, when Apple introduced the world to it’s biometric smartphone. It was the week of the Mobile World Congress in Barcelona, Spain, and identity tech has never been so popular.

Of course, one of the major news items was the announcement that Samsung will be releasing it’s newest flagship smartphone to the world in April, and it will not only have a fingerprint sensor (in its home button after all) but will be sporting a heart rate monitor under its rear facing camera. The Galaxy S5 announcement on Monday was preceded strangely by a major leak of the phone’s specifications (complete with photos), but the bigger news was to come after the world had seen the Korean manufacturer’s answer to Touch ID.

Samsung has partnered with PayPal in order to allow for payments via fingerprint. That’s right, it’s the mCommerce solution that has been heralded by post-password preachers since Apple purchased AuthenTec many summers ago is finally here. Launching with the S5 in April of this year, PayPal’s solution will give mobile shoppers the ability to protect and authorize their PayPal transactions with their unique fingerprint.

The mCommerce innovation didn’t stop there, however. Oberthur Technologies has a substantial presence at MWC this year, introducing it’s FIDO Ready SIM card and showcasing it’s SESAMES Award winning “My Voice is my Password” authentication solution (powered by AGNITiO’s Voice iD), and among its many presentations was a demonstration of next generation value added services. The company partnered with Igenico in order to demonstrate how relying parties can do away with coupons and loyalty cards in favor of a secure mobile solution, expertly filling in the other end of the POS mCommerce equation: why would retailers care?

Speaking of AGNITiO’s Voice iD, the biometric company that is constantly innovating in the realm of invisible biometrics was recognized by Envisioneering at this year’s MWC Showstoppers for its KIVOX mobile SDK authentication solution. The research firm presents design and innovation awards to companies with new products, and AGNITiO’s fit the bill.

ImageWare was also recognized by Envisioneering, taking home an award for it’s innovation in cloud-based strong identity management. The week before this notable achievement was announced, Mobile ID World interviewed Jim Miller, ImageWare CEO and chairman about the company’s biometrics as a service model.

Mobility has applications that reach far beyond the consumer world, especially when it comes to identity management. To the effect, Morpho (Safran) showcased its newly introduced multifunction biometric tablet this past week in Barcelona. It bridges the gap nicely between the convenience that is giving consumer identity management such traction while offering iris, face and fingerprint biometrics designed for the most mission critical applications in industries like law enforcement and border control.

Almost inverse to this is GO-Trust, who is bringing military strength encryption to business customers in order to serve a demand for secure BYOD. GO-Trust was at MWC and the RSA Security conference this week preaching the benefits of a robust, efficient and secure BYOD solution in the modern office and is actively looking for distribution partners in Canada and the USA. 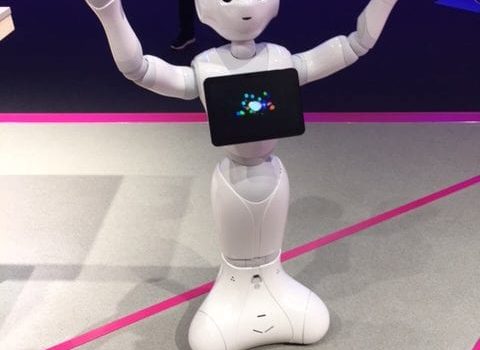