China-based OEM Doogee is preparing to release a smartly-designed new mid-range smartphone called the Doogee F2015. The company reportedly plans to push the device to market in September of this year.

Perhaps the most striking quality of the new smartphone is its its generous screen space. Its screen-to-body ratio is reportedly 79 percent, with very thin margins between the screen and the outer edges of the device – apparently at only 1mm in thickness. This follows a broader trend in contemporary smartphones that has seen larger screens prove highly popular with consumers – particularly in the case of Apple’s iPhone 6 Plus. Meanwhile, one of Samsung’s latest blockbuster devices, the S6 Edge, dispenses with a couple of the screen’s margins entirely, via a curved design that wraps around two of the smartphone’s edges.

Another technological feature of note is its rear-facing fingerprint sensor, which could prove important given the coming rise of a number of mPayment platforms, including Android M, which will employ native fingerprint scanning capabilities that could leverage the Doogee F2015’s sensor.

Maybe May for Samsung Pay in the UK 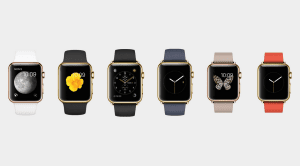