Earlier this week, Mobile ID World reported on a biometric shirt that was being tested on an Antarctic expedition at the behest of the Canadian Space Agency for eventual use on the International Space Station. As a very literal interpretation of wearable technology, the connected clothing stood as another application of vital biometric solutions in a unique area.

Biometric smart clothing isn’t just for astronauts and sub-zero South Pole explorers. OMsignal – a company made up of scientists, engineers, fashion designers and textile specialists – announced this week that is has raised $10 million in a series A investment led by Bessemer Venture Partners. The company has produced a  bio-sensing clothing platform, bearing the standard for a smart-clothes movement.

“Smart clothing will become a pervasive and normal aspect of consumers’ lives,” says Stéphane Marceau co-founder and CEO of OMsignal. “Following the recent launch of our Biometric Smartwear collection, we are continuing to receive orders from all over the world, developing new designs and working with top partners to bring our technology to an even wider consumer base. This new funding as well as BVP’s track record in taking disruptive technologies to the masses will further help OMsignal in achieving its company intent at scale and to continue to drive the next evolution of wearable technology.”

OMsignal’s first line of Biometric Smartwear included performance tracking shirts that measure  health and fitness with sensors embedded in the fabric. An on-shirt module serves as a sort of hub that transmits the sensors data to the OMsignal mobile app, providing users real time access to activity, physiological stress and fitness level readings.

“Smart apparel is the next frontier of the wearable revolution and OMsignal’s technology is breaking new ground with a full software stack that provides users with highly accurate and valuable data insights for fitness and daily health,” he says. “OMsignal has the component technologies to become a standard technology for data extraction in the apparel industry and we are excited to work with Stéphane and the OMsignal team as they change the way we think about clothes.”

With the increasing interest in biometric clothing, and considering the major buzz around next gen wearable tech, it looks like we’re on the verge of a new area of vital statistic self-awareness. Mobility is already changing the nature of human identity, and the applications are just starting to become realized. 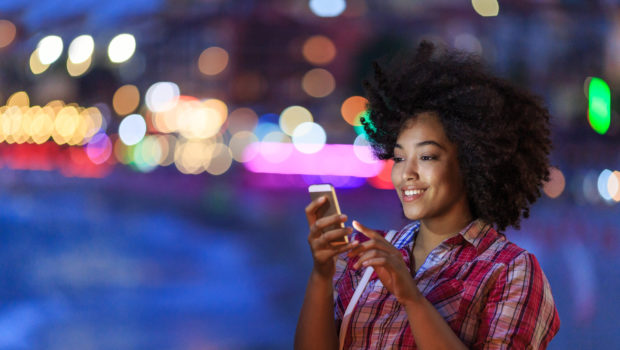