Last week at Mobile ID World we took a featured look at wearable technology while standards took the spotlight and we reported on some very exciting mCommerce news.

With the launch of the Samsung Gear S2 and its ability to function without a tethered smartphone we’ve entered into the second generation of wearable tech. Last week we examined the current wearable tech landscape in our featured articles section while we saw wearable biometrics bolster physical access control in a very high profile partnership.

In mobile commerce news last week we got a hint regarding the launch of Apple Pay in Canada thanks to a small blunder on a banking website. It looks like LG is aiming to get involved in the mCommerce wars with its own GPay mobile wallet, and USAA announced that a million users have signed up for the biometric sign in feature for its mobile banking app.

Canadian Bank Appears to Be Preparing for Apple Pay

Last week we reported that NEXT Biometrics is working on a massive investment deal, while Zwipe announced that it stirred up $5 million in equity funding. Sticking on the topic of investments, but changing the angle, finUNO launched its fin1 digital assistant which is aimed at making investing easy on users.

OnePlus, true to its reputation of finding novel ways to get its phones into the hands of customers, announced a contest aimed at Samsung users who might like to get their mitts on a OnePlus 2. We also got our first look at Samsung’s next Tizen smartphone last week and a new patent from Apple had us speculating on Touch ID for MacBooks. Meanwhile, ZTE prepared for the global release of it’s multimodal biometric Axon Mini handset.

Teaming Up For Standards

Organizations and consortia made headlines last week with the FIDO Alliance announcing its new Cooperation & Liaison Program and welcoming Amex, VASCO and Infineon to its board of directors. EyeVerify, in the meantime, called for a payment grade standard for biometrics and the Electronic Payments Coalition lauded the FBI’s public service announcement about the new EMV policy shift in the US. 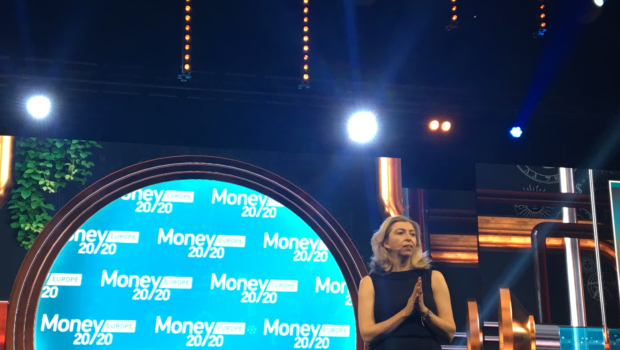